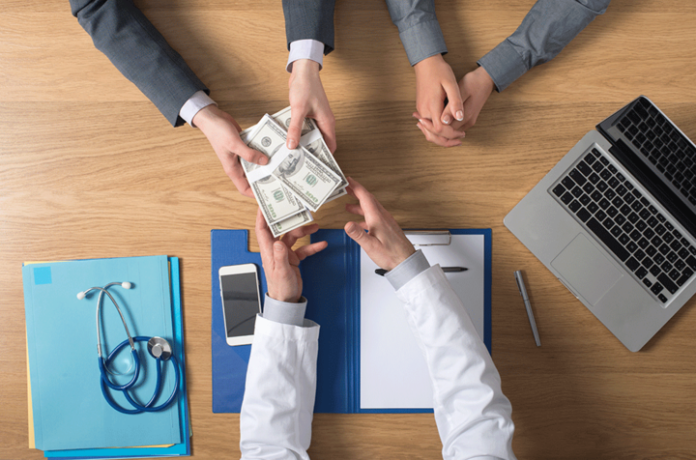 A former pharmaceuticals sales manager who is accused by federal authorities of paying kickbacks to get doctors to write prescriptions for an opioid drug is now asking a federal judge to modify his bail conditions and grant him access to medicinal marijuana for an opioid abuse disorder.

“It is a very creative defense,” Keith Stroup, legal counsel and founder of NORML, a nonprofit that advocates for the legalization of marijuana told Reuters. “But I can assure you there has never been a federal judge that has granted such a motion.”

Lawyers for Jeffrey Pearlman, 49, argued he has a constitutional right to use prescription marijuana and claims it will keep him clear-headed for his defense.

Pearlman became an opioid addict while treating severe back and leg pain, which made him “foggy,” and disrupting his thought process, his lawyers said. He was prescribed marijuana in August for his pain, and he was able to “think more clearly,” they added.

“Forcing him off the medical marijuana and forcing him to return to addictive opioids would impair his Sixth Amendment right to participate fully in his defense and his Fifth (Amendment) right to due process,” Pearlman’s attorneys Michael Rosensaft and Scott Resnik of Katten Muchin Rosenman LLP wrote.

Pearlman, a former district sales manager for Insys Therapeutics, was arrested in September by the FBI and faces a sentence of up to five years for an illegal kickback scheme. The 49-year-old allegedly collected a $95,000 quarterly bonus in 2013, an amount calculated by how successfully he marketed and sold Subsys, a potent, fentanyl-based oral spray approved by the FDA to regulate pain experienced by cancer patients 18 years and older.

An affidavit by FBI Special Agent William P. Ready, stated that he “supports probable cause to believe that between September 2012 and December 2015, Jeffrey Pearlman and other known and unknown, unlawfully, and knowingly did… (continue reading)

Summary
Article Name
Pharma sales rep busted by FBI for kickback scheme, requests medical marijuana to remain clear-headed during defense
Description
A former pharmaceuticals sales manager who is accused by federal authorities of paying kickbacks to get doctors to write prescriptions for an opioid drug is now asking a federal judge to modify his bail conditions and grant him access to medicinal marijuana for an opioid abuse disorder.
Author
Cesar Gamboa
Publisher Name
Addiction Now

Norway Votes to Decriminalize Drug Use, in Favor of Treatment