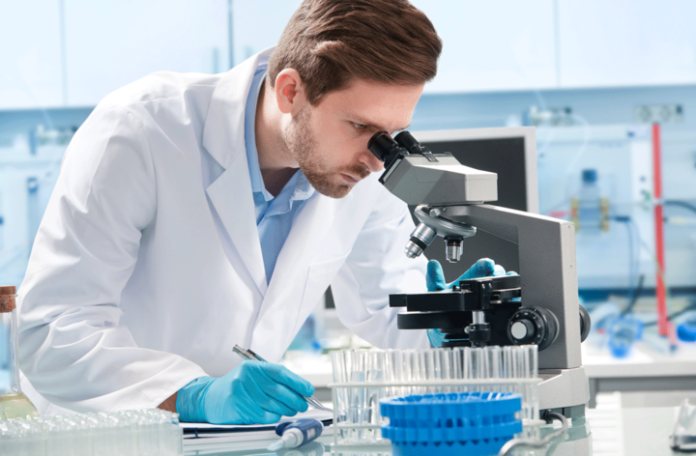 A new vaccine being developed by scientists at The Scripps Research Institute to block the pain-numbing effects of certain opioid drugs has shown promise in early tests. The vaccine also demonstrated effectivity in decreasing the possibility of a fatal overdose from opioids.

Among the more surprising findings from early tests, the vaccine can mitigate drug lethality and overdose, according to Scripps spokesperson, Cara Miller.

The vaccine, which has been in development for a few years, trains the immune system to trigger a response to opioid painkillers including oxycodone and hydrocodone. A vaccine approach differs from current opioid addiction therapies because it wouldn’t change the chemistry of the brain, like many of the current addiction therapies.

Lab tests in animals showed that the vaccine blocked the perception of pain of oxycodone and hydrocodone use in mice. The mice also appeared less vulnerable to a fatal overdose. The vaccine remained effective in rodents for the 60-day period of the study, and scientists believe it could last longer.

The goal of the vaccine was to mirror the drugs’ natural structure. According to Atsushi Kimishima, a research associate in the Janda laboratory and the first author of the study, the tactic provided a “broadly useful opioid deterrent.”

Earlier this year, Scripps also announced a new study reporting positive preclinical tests for a vaccine that prevents the synthetic opioid, fentanyl from reaching the brain.

According to Kim Janda, a professor of chemistry and a member of the Skaggs Institute for chemical biology at The Scripps Research Institute, who led the study, what makes the vaccine so unique is that it can block the toxic effects of the drug.

The vaccine, similar to the one targeting the effects of oxycodone and hydrocodone, utilizes the body’s immune system to produce an antibody, which neutralizes fentanyl. Antibodies stick to fentanyl, keeping it from reaching the brain, and in turn… (continue reading)