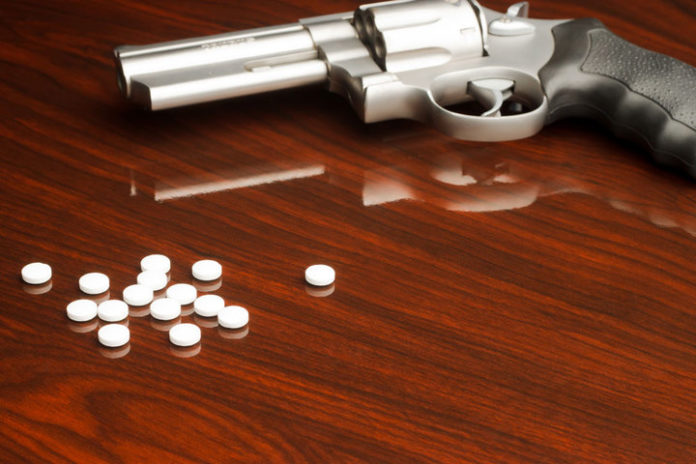 Opioid-related fatalities outnumbered gun-related deaths by nearly a margin of 3 to 1, according to new data from the Centers for Disease Control and Prevention (CDC), which was analyzed by the Office on National Drug Control Policy.

The current opioid and heroin crisis in the U.S. “continues to devastate communities and families across the country,” largely because people don’t get necessary treatment, Michael Botticelli, director of National Drug Control Policy, said in a statement released on Thursday.

CDC Director Dr. Tom Frieden said in a statement that misuse of opioids and the use of heroin and illegally produced fentanyl continues to get worse.

The CDC’s data comes on the heels of the Senate passing the 21st Century Cures Act on Wednesday. The bill earmarks $1 billion in funding for opioid addiction treatment and prevention programs.

The American Society of Addiction Medicine (ASAM) stated earlier this year that drug overdoses became the leading cause of deaths in the U.S. in 2015, which is largely being driven by opioid abuse.

According to ASAM’s “Opioid Addiction 2016 Facts & Figures,” there were 20,101 deaths related to prescription drug overdoses and 12,990 deaths related to heroin overdoses last year.  The report focused on the impact on certain demographics including adolescents and women.

Approximately 21,000 adolescents used heroin in the past year, and the rate of opioid prescriptions for adolescents was almost double from… (continue reading)

Summary
Article Name
Opioids claim more lives than guns in 2015
Description
Opioid-related fatalities outnumbered gun-related deaths by nearly a margin of 3 to 1, according to new data from the Centers for Disease Control and Prevention (CDC), which was analyzed by the Office on National Drug Control Policy.
Author
Cesar Gamboa
Publisher Name
Addiction Now

Countries that make up 15 percent of the world’s population consume...

Over a Dozen People Hospitalized for Synthetic Marijuana