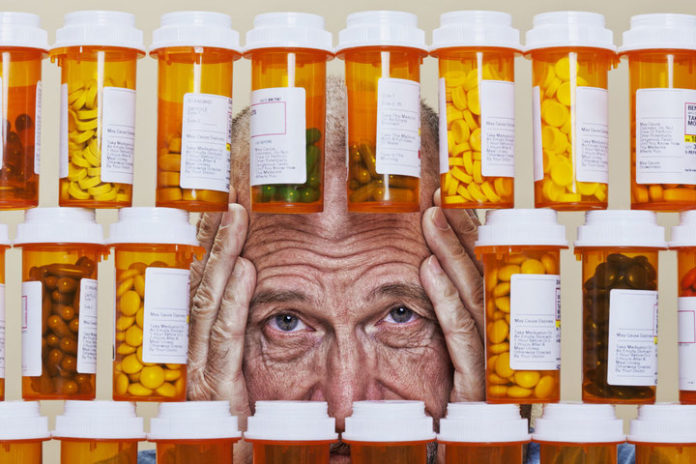 The nation’s elderly population has a drug problem, according to recent findings from the Substance Abuse and Mental Health Services Administration (SAMHSA).

“[Senior opioid addiction] is a combination of two things,” said Dr. Kimberly Johnson, director of SAMHSA’s Center for Substance Abuse Treatment. You have baby boomers, [who] over the course of their lifetime have had higher level of substance abuse than other groups. The other is that older people are in general more likely to be prescribed opioids than younger people”

In a 2003 study, the number of elderly people who need substance abuse treatment was projected to increase from 1.7 million (in 2003) to 4.4 million by 2020. Further figures show 908,000 people aged 65 and up misused prescription opioids in the past year.

Physicians have been prescribing opioids to elderly patients for everything from arthritis to back and joint pain for many years. A 2016 study found that across 2,512 hospitals, 15 percent of senior patients were given a painkiller prescription before being discharged. Of these, 42 percent were still taking the painkiller three months later.

Two years prior to the study, the American Geriatric Society came out strongly in favor of opioids. Their new guidelines encouraged physicians to start elderly patients on opioid therapy if they had moderate to severe pain. The panel claimed seniors weren’t as likely as young people to become addicted.

Such thinking could be considered flawed. Senior citizens have a harder time absorbing medications due to age-related changes in the liver, heart and central nervous system, making them more likely to…(continue reading)

Baton Rouge Addiction Treatment to Expand for Mothers and Newborns

‘The most fortunate of the unfortunate’  (Aimee Dunkle interview Part 4...