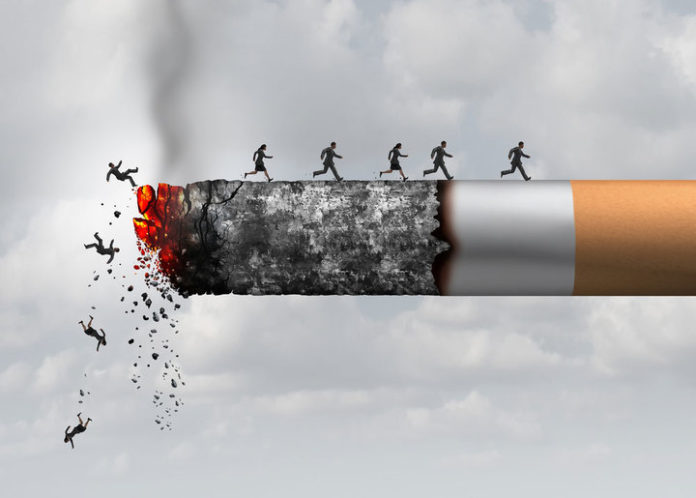 Internationally, cigarette smoking is higher among patients in addiction treatment when compared to the general populace, according to a study published in the Society for the Study of Addiction.

Joseph Guydish, lead researcher of the study and professor of medicine at the University of California, San Francisco, believes there are both cultural and biological reasons high rates of smoking tobacco exist in drug rehabilitation environments.

“In the U.S., we talk a lot about the environmental and cultural factors that drive smoking in addiction treatment. For example, a lot of people work in our addiction treatment system are people who themselves were addicted and are now in recovery,” he said. “So sometimes, not always, staff members in these programs who smoke at higher rates than the general population smoke together and use it as a way to bond with their clients and build rapport.”

The researchers also wanted to assess if what they found in the U.S. was observable internationally; they searched databases for papers that reported smoking prevalence addiction treatment samples. The researchers found 4,549 studies, comprised of 37,364 participants and 54 papers published in English — from 1987 to 2013 from 20 countries — met the precise criteria and were included in the review.

“We wanted to know if this phenomenon within the U.S. would also be seen in different countries [because] it highlights the importance of the biological relationship that we’re dealing with, he said. “You can say that there are certain features of the drug treatment system in the U.S. that might support smoking, but why would there be features in drug abuse treatment in 20 different countries that support smoking? That’s a little bit harder for me to understand.”

The collected research represented six studies from Germany, five studies each from Italy and Australia, and four studies each from France, Brazil, Switzerland and the U.K. The remaining studies came from 13 various countries. The primary drug treated was alcohol, 48 percent, heroin and various opioids, 35 percent, or alcohol and non-specified drugs, 17 percent. The prevalence of smoking throughout all studies spans from 41.1 percent to 100 percent.

People in rehab treatment were more than twice as likely to smoke cigarettes than people who were not in rehab but exhibited comparable demographic characteristics. Those in opioid-related treatment were more likely to smoke when compared to those being treated for alcohol use disorder, but Guydish acknowledges further studies are necessary to understand why that is.

“Based on what I’ve been able to read in literature, the relationship between nicotine and other drugs and this biological relationship is somehow stronger when you’re talking about opiates,” he said. “There’s some research that says it helps with withdrawal symptoms.”

Biologically, smoking releases dopamine into regions of the brain that activate reward mechanisms, Guydish explained. “It does it usually through some intermediate routes that are different from how alcohol or opiates activate the reward mechanisms, but it does the same thing. People who are seeking chemical rewards through drugs often include nicotine because it does some of the same things.”

Summary
Article Name
The international prevalence of smoking in addiction treatment
Description
Internationally, cigarette smoking is higher among patients in addiction treatment when compared to the general populace, according to a 2015 study published in the Society for the Study of Addiction. Joseph Guydish, lead researcher of the study and professor of medicine at the University of California, San Francisco, believes there are both cultural and biological reasons high rates of smoking tobacco exist in drug rehabilitation environments.

New data: 33 percent of Americans have participated in past-year binge...

Opioid manufacturers sued for fraud by Missouri and Ohio