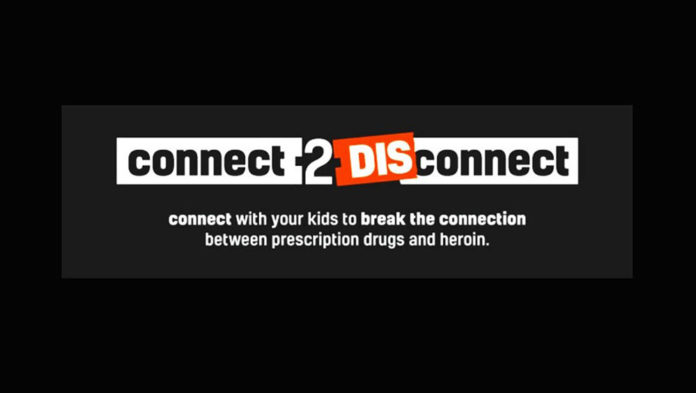 Earlier this month, David M. Hoovler, the district attorney of Orange County, New York, launched a campaign dubbed ‘Connect 2 Disconnect,’ which aims to raise awareness about the dangers of opioids specifically among parents of teenagers.

“Connect 2 Disconnect” was designed to provide important information about connecting with the youth and break the connection between prescription drugs and illicit drugs, like heroin.

“Basically, the idea here is to get the message out to parents that if they can connect with their children, they’ll disconnect them from opiates, prescription painkillers, and other dangerous drugs,” said Robert J. Conflitti, counsel to the district attorney of the Orange County District Attorney’s Office.

The media campaign includes infographics and other educational resources that will circulate in the area, in addition to a public service announcement that addresses the seriousness of prescription drug abuse among teenagers.

The video features District Attorney Hoovler discussing the changing face of heroin addiction; highlighting that misuse of prescription medications containing opiates often results in a heroin addiction; emphasizing that it’s extremely important for parents to speak openly about drug addiction with their kids because law enforcement efforts can only be a part of the solution. “You think your kid knows better, you’re wrong,” Hoovler affirmed. “This epidemic doesn’t discriminate.”

The opioid crisis has impacted the entire country and Americans currently consume more prescription painkillers than anywhere else in the world. In New York, the number of opioid-related fatalities has increased more than 250 percent in recent years. But Orange County, NY, has been particularly impacted by opioids. In 2014, the county had an overdose rate that was three times higher than the state average, and three times more people died there of heroin or another painkiller than in any other county in New York State.

“The [opioid] problem is big everywhere now, but in 2016, we had 65 opiate-related overdose deaths in our county alone, and that number may go up because toxicology is still pending for 10 cases,” Conflitti said. “We are doing better than we were a couple of years ago. But it is obviously still a significant problem that we have to deal with.”

The initiative uses data gathered by the New York State Comptroller’s Office to show that 90 percent of the cases of prescription drug addiction start during teenage years and that 73 percent of teens believe that it is easy to obtain prescription pills from their parents. Yet, people who are addicted to painkillers are 40 times more likely to develop a heroin addiction than the rest.

“Our goal is to get as many people as much good information as possible on how to stay away from drugs and keep their families away from drugs,” Conflitti said. “There are no short-term solutions for this. This is a problem that has been long in the making, and there’s no quick fix. Unfortunately, I think dealing with the epidemic is something that will take longer than many of us want.”

While fentanyl and other synthetic drugs are becoming more prevalent in the region, heroin remains the biggest issue there, Conflitti said. However, figures included in the new campaign’s material also show that… (continue reading)

Over 23 Tons of Cocaine Unloaded in San Diego by Coast...