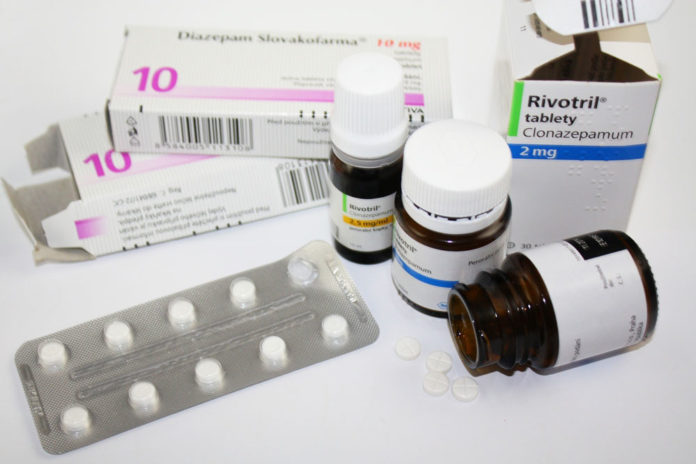 A recent study reveals that when doctors don’t prescribe opioids concurrently with a benzodiazepine, opioid overdose-related hospital trips could be reduced by 15 percent.

This study aimed to bridge that gap by analyzing patient data gathered by Marketscan, a health analytics company in Ann Arbor, Michigan, that provides data frequently used to analyze the usage and costs of health care. The sample examined in the study contained over half a million patients who were continuously enrolled in a health care plan that included pharmaceutical and medical benefits, between the beginning of January 2001 until the end of December 2013.

The snowballing opioid crisis has increased the prominence of addiction and has led to a considerable public burden, causing mortality and morbidity rates to rise. Over the past 15 years, the number of patients who are prescribed opioids has tripled, and the number of fatal overdoses associated with opioids has increased in kind. While opioids cause enough problems when taken alone, combining an opioid prescription with a concurrent prescription for another substance can exponentially increase the associated risks — especially if the other substance is a benzodiazepine. In the U.S., almost 30 percent of fatal overdoses that involved opioids also involved benzodiazepines. They are dangerous to combine with opioids because they exacerbate the respiratory depressant effect, which is caused by opioid use. In fact, the combination is so dangerous, the FDA recently released a warning cautioning against the combination of the two substances.

To better comprehend the associated hazards — and to aid in the application of the information in addiction recovery programs — a deeper understanding of the potential adverse effects of combining opioids and benzodiazepines must be reached.

The researchers confined the parameters of its sample to patients who were continuously enrolled throughout that period due to the fact that Marketscan saw an exponential increase in the amount of data it gathered during the time period considered. Since the database increased from 6 million patients to over 35 million patients during the period, only continuously enrolled clients, comprised of a uniform set of people, provided a sample.

The study examined instances where an inpatient stay or a trip to the emergency room occurred due to an opioid overdose within a certain calendar year. Once that data was determined, the study considered whether those opioid users had concurrently used a benzodiazepine during that year. Concurrent use was defined as at least one overlapping day within that calendar year.

Nevertheless, the results were noteworthy. A key finding was that the proportion of opioid users who received concurrent prescriptions for benzodiazepines doubled between 2001 and 2013. The study also determined that, regardless of whether the patient used opioids intermittently or chronically, a concurrent benzodiazepine prescription increased the… (continue reading)

Examining the contributing factors in addiction

Norway Votes to Decriminalize Drug Use, in Favor of Treatment