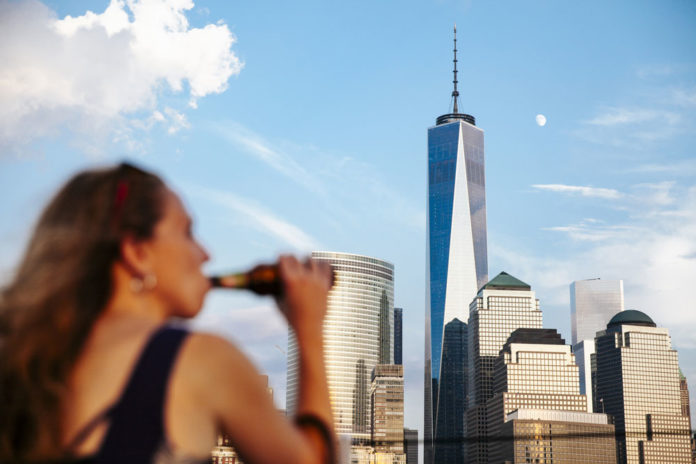 A 2016 study looked into the relationship between binge drinking and different New York City neighborhoods, with a focus on race and ethnicity.

“Drinking behaviors and neighborhoods vary significantly by race. We wanted to see if neighborhoods may explain these race differences in drinking,” said Preeti Chauhan, Ph.D., lead researcher and associate professor in the Psychology Department at John Jay College of Criminal Justice.

The study, published in Alcoholism: Clinical and Experimental Research, analyzed a total of 1,415 New York City residents — 877 Caucasians, 292 African Americans and 246 Hispanics — and included information about the physical disorder of different city neighborhoods from the 2005 New York City Housing and Vacancy Survey.

The researchers looked into the 59 community districts of New York City that were originally established by local residents in the 1970s. A total of 20 districts were excluded due to the lack of racial representation. Each community district included was represented by an average of 79 participants.

All of the subjects were at least 18 years old, lived in one neighborhood for at least one year, and drank alcohol within the previous year. Each participant answered questions about socio-demographics, which included their marital status and education levels; drinking norms, such as how they felt about adults binge drinking once a week; collective efficacy, which related to how much their neighbors got along and were willing to help one another; and about their own alcohol consumption.

Binge drinking was defined by researchers as the consumption of at least five alcoholic beverages in two hours for men and four for women.

The researchers found that race and ethnic backgrounds influenced participants’ acceptance of drunk behaviors directly. However, higher rates of alcohol consumption were seen among New Yorkers of all races who lived in neighborhoods that were more accepting of drunk behaviors.

Overall, Caucasian participants were the most accepting of binge drinking and displays of drunk behavior once a week, followed by Hispanics and African Americans. Caucasians who believed it was acceptable to binge drink once a week were more likely to drink alcohol than those who did not feel the same way — the same association was not as significant among non-Caucasians.

Chauhan explained that some of the most interesting… (continue reading) Gambling addiction continues to be a concern in the UK

The link between cocaine addiction and vascular disease

Approaching addiction with responsibility but not blame