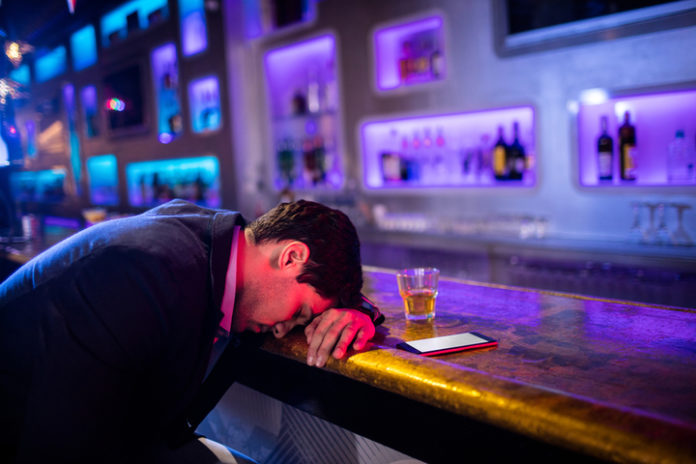 Although there is a growing body of data linking alcohol use to suicide, recent research looked into how alcohol retail density levels and blood alcohol concentration (BAC) contributes to the problem.

“Previous research has usually looked at alcohol pricing or alcohol availability — which is the density of outlets — and overall rates of suicide,” said Dr. Norman Giesbrecht, co-researcher in the study and emeritus scientist at the Centre for Addiction and Mental Health in Toronto. “Because [the study] used this unique data from the National Violent Death Reporting System (NDVRS), it was able to also dig a little more to indicate whether the people who committed suicide had alcohol in their system. In other words, whether they were BAC positive or the BAC was above the legal limit for driving. So it was more focused in terms of the relationship between physical alcohol availability and specific types of suicide, namely alcohol related-suicides.”

The NDVRS is supported by the Centers for Disease Control and Prevention and is a surveillance system that was created to provide comprehensive data on violent deaths. The researchers used the database from 14 states to gather information on off-premise and on-premise use of alcohol — places such as liquor stores or bars, respectively. To account for density, the amount of alcohol outlets per square mile or population was considered.

The researchers looked at 51,547 suicide decedents and overall, 34 percent of those who committed suicide had alcohol in their system and 22 percent had an elevated BAC (> 0.08 g/dl). They also determined that in the U.S. the density of both types of retail alcohol outlets increased the rates of suicides were linked to alcohol — especially among men, Native Americans and Alaska Natives.

“There’s a long history with regard to drinking problems in many sectors of [Native populations],” Giesbrecht said. “It could be, partly, that the drinking patterns are somewhat different. I think it could also be that, in some cases, there may be a sense of desperation or many challenges. So, suicide may be one of the ways people deal with that.”

He also believes that perhaps because alcohol and suicide prevention services are not as developed as they should be to manage social problems for that particular population. And added that further research is needed to understand the strong relationship between Native populations, alcohol-related suicide, and alcohol outlet density.

“It’s important to note that alcohol often falls between the cracks,” he said. “If you look at suicide prevention programs, you generally see very little reference to alcohol as a contributing cause. I think there needs to be a greater awareness of alcohol issues. It’s really important to raise awareness.”

To stave the links between alcohol and suicide, Giesbrecht recommends… (continue reading)

Summary
Article Name
The adverse influence of alcohol in suicides
Description
Although there is a growing body of data linking alcohol use to suicide, recent research looked into how alcohol retail density levels and blood alcohol concentration (BAC) contributes to the problem.
Author
Cesar Gamboa
Publisher Name
Addiction Now