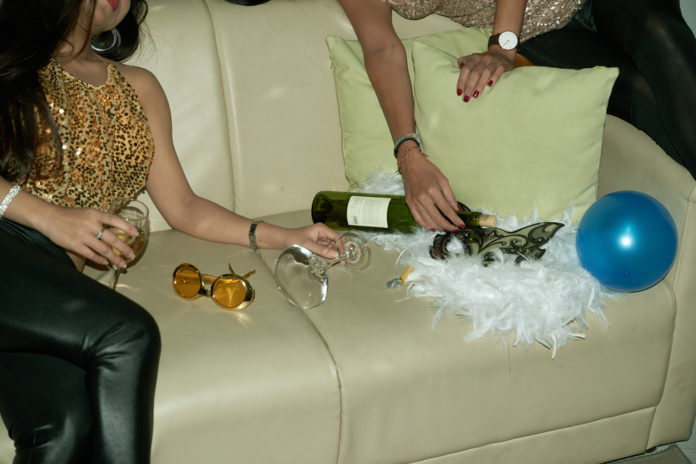 Approximately 33 percent of American adults have been binge drinking on at least one occasion within a year, according to a study that will be included in next month’s issue of the American Journal of Preventive Medicine.

The study, dubbed ‘Drinking Beyond the Binge Threshold: Predictors, Consequences, and Changes in the U.S.,’ was led by researchers from the National Institute on Alcohol Abuse and Alcoholism (NIAAA, a part of the National Institutes of Health), which defines binge drinking as five or more alcoholic beverages for men and four or more alcoholic drinks for women during a single occasion.

“Not everybody who binge drinks will have four or five drinks. Some will have seven or eight and some will have 15 or 16 — this is the part that has been overlooked in the U.S.,” said Senior Scientific Advisor to the NIAAA Director, Aaron White, Ph.D. and senior author of the study. “We have done a lot of research on binge drinking, but what we haven’t done is look past that binge threshold. So this paper starts to fill a big gap in our knowledge. The purpose of the study was to use data from very large national surveys to look at the patterns of alcohol use beyond that binge threshold in the country.”

The researchers conducted two separate surveys that were sponsored by the NIAAA and aimed to be nationally representative. Between 2001 and 2002, more than 43,000 individuals were included in the first round of surveys. The second round took place between 2012 and 2013 and had more than 36,000 respondents.

Researchers only included U.S. residents who were 18 years or older, lived in households, and noninstitutional group quarters. The researchers asked participants questions regarding the age of their first alcoholic beverage; the highest number of drinks they’ve had in one single day; and the frequency of alcohol consumption during the previous year.

“It’s important to remember, we were asking questions about drinking in the whole past year — not last week or last month,” White said. “So, just the one question alone about past year alcohol use, predicts a lot about your relationship with alcohol and harms you experience from alcohol.”

After the researchers compared the findings from both surveys, they found that more Americans are engaging in extreme binge drinking in this decade than a decade ago.

Among the people included in the research who reported drinking any alcoholic beverage at all (1 in 5), 19 percent met the criteria for an AUD. Out of past-year bingers, 38 percent met AUD criteria – 24 percent of those were level one bingers; 51 percent were on level two, and 74 percent on level three.

White explained that it’s still challenging to measure drinking patterns among adults when self-reports and/or surveys are the primary method of research.

“It’s sort of like food. When you ask someone how much or how fast they eat, you are relying entirely on their memory and perceptions,” he said. “We know that when it comes to alcohol, people, in general, aren’t very aware of what constitutes a single serving of alcohol, and it’s hard to remember how long it took you to have that drink — particularly because the more you consume the memory starts to get impaired and it is hard to recall how long it took you to do it.”

Specific lengths of time spent drinking and quantity of alcohol consumed are perhaps the biggest challenges found by researchers investigating substance-related topics. But based on previous studies that White has conducted, data gathered from self-reports have been useful.

“People’s self-reporting are actually decent until you get up to seven or eight drinks. Then it falls apart, and the data isn’t very accurate,” he said. “There are a lot of issues here, and we have a hard time knowing from survey data how accurate the reporting is. Hopefully, that will get better, but it is the best we have now.”

Technology may soon be… (continue reading) The changing perception of heroin and maintenance treatment drugs