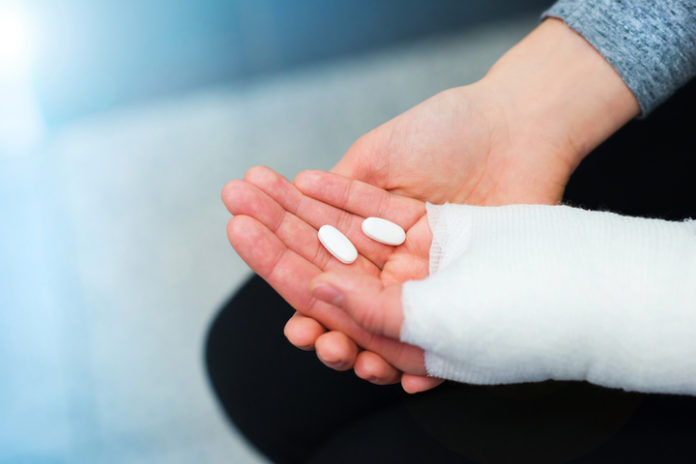 The number of painkilling opioids handed out to injured workers in the U.S. has seen a major drop — but remains dangerously high in some states.

A new study by the Workers Compensation Research Institute (WCRI) has revealed a positive nationwide trend, with the majority of states studied showing a significant fall in opioid use by injured workers in need of pain relief.

Researchers examined 26 states, checking 430,000 compensation claims and 2.3 million painkiller prescriptions in cases where workers needed seven or more days off but did not require surgery.

Analyst and lead author of the report, Vennela Thumula, Ph.D., said: “We observed significant reductions in the amount of opioids prescribed to injured workers over the study period — 15 of the 26 study states had a reduction of 20 to 40 percent in the average amount of opioids received.”

This is the fourth edition of the study carried out by WCRI into the use of drugs by injured workers. Researchers look to carry out the studies a year apart so they can show the progression of numbers for each study state. It also allows them to reveal trends by comparing statistics to previous editions.

The latest research uses data from October 2009 through to March 2015, while the previous edition of the study used data running up to 2014. It was set up to help lawmakers battle the ongoing opioid crisis in the U.S.

“To address the ongoing opioid epidemic, several public policies and initiatives were implemented and continue to be implemented at the state, federal, and organizational levels,” Thumula said. “This study allows states to track the results of ongoing reforms addressing prescription opioids.”

She said it is also helpful to inform policymakers in each state of the progress in other areas, sharing knowledge by mapping which reforms and interventions prove most effective and may be emulated.

In the most recent data, the decreases seen were substantial in several states, including New York, Maryland, Kentucky and Michigan.

The opioid use for injured workers in Kentucky dropped by a huge 34 percent, and researchers believe that reduction may be a result of strong legislative reforms made in the state ahead of the study period — including regulating pain clinics and establishing opioid dispensing standards.

But there were still states with disproportionately high numbers.

New York remains one of the states with the highest instances of opioid use, along with Louisiana and Pennsylvania. But researchers noted that New York had also recorded one of the most impressive reduction efforts of the 26 states.