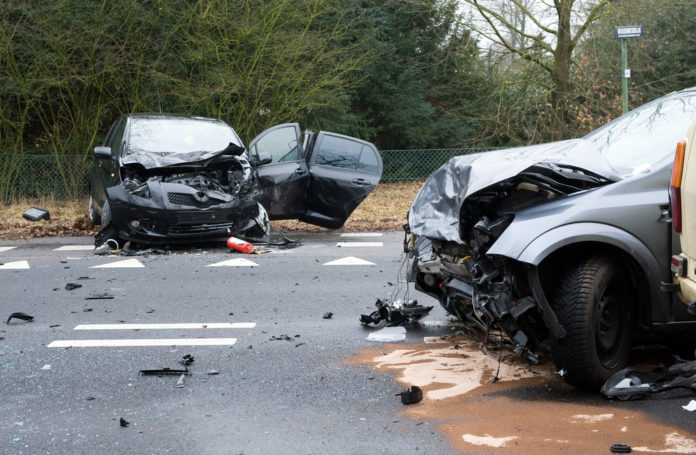 America’s opioid epidemic continues to manifest itself in a new report that reveals a drastic sevenfold spike in the number of fatal car accidents involving opioid prescriptions.

Columbia University researchers present this data at a time that when the use of prescription drugs like hydrocodone and oxycodone has increased four times the rate, going from 76 million in 1991 to almost 300 million in 2014, they stated.

“The risk associated with driving under the influence of opioids affects all road users,” said co-author Dr. Guohua Li, a professor and director at the Center for Injury Epidemiology and Prevention at Columbia University. “The issue of drugged driving should be a cause for concern to all of us.”

Prescription opioids are known to cause nausea, dizziness, impaired thoughts, sedation, and delayed reaction times — all are concerning side effects that can result in accidents behind the wheel.

“Consumption of prescription opioids in the U.S. has increased markedly in the past two decades,” he said. “It’s a major driver of the ongoing opioid epidemic, which is widely recognized as a national public health crisis. The impact of the opioid epidemic on traffic safety, however, is understudied.”

The researchers looked at 20 years worth of statistics from the Fatality Analysis Reporting System and scouted drivers who died in West Virginia, Rhode Island, New Hampshire, Illinois, Hawaii and California. These states consistently monitor and test for substance use in car-related accidents that result in fatalities.

“The study was based on six states that routinely test for drugs in 80 percent or more of all drivers who are fatally injured in motor vehicle crashes,” said co-author Stanford Chihuri, an epidemiologist at Columbia University College of Physicians and Surgeons. “In addition, the study only included drivers who died within an hour of the crash in order to avoid potential bias from opioids administered after the crash.”

After analyzing nearly 37,000 drivers, almost a quarter were found to have a substance in their system and 3 percent of these results were linked to prescription opioids throughout the two-decade span. This data exposed that the number of opioids detected in fatal car accidents increased from 1 percent in 1995 to 7.2 percent in 2015.

Chihuri believes that the use of the prescriptions opioids found in fatal accidents may be from the nonmedical use of unused postoperative meds and from nonmedical use obtained illegally.

He added that improving the epidemic will require health care professionals to inform patients of the possible dangers of driving under the influence of prescription opioids based on the type and dosage.

“Findings from this study may help put a spotlight on the adverse effect of prescription opioids on driving safety,” Li said. “The results also suggest that the health consequences of the opioid epidemic may go far beyond overdose fatalities.”

“This should be of interest to patients, primary caregivers, policy makers and the rest of the country,” Chihuru said.

Mothers Against Drunk Driving (MADD) is also “concerned about the rising use of opioids across the nation and the effect these drugs have on the safety of our roadways,” said Colleen Sheehey-Church, the organization’s national president. “There is no doubt that drugged driving is a serious problem.”

Sheehey-Church believes that driving while intoxicated with painkillers or alcohol can be avoided by personally ensuring that a friend or family member with addiction is kept from driving.

“Our focus is always on impaired driving, no matter what form of impairment,” she added. “There are many organizations that deal with addictions and contacting one would be a good step.”

MADD is also working with traffic safety partners to better grasp and address the issues of impaired driving involving all substances.

“The growing use of illicit drugs and abuse of prescription drugs makes our work at MADD even more difficult,” she said. “So, education, legislation, technological development and support of law enforcement are more important now than ever before.”