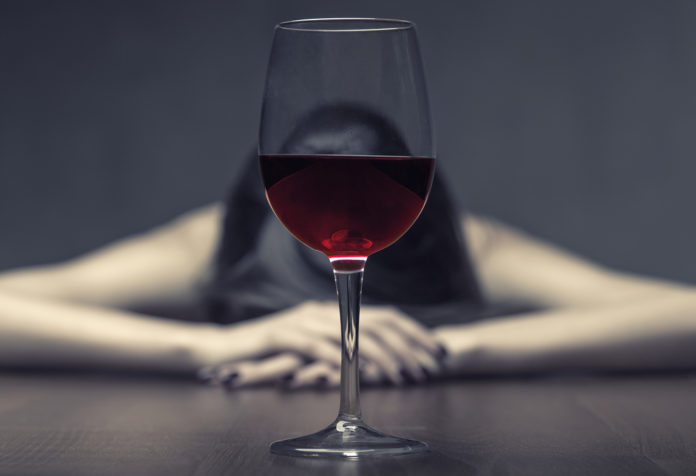 New research has discovered a 49 percent increase in alcohol use disorders among Americans.

The increase was noted between two 12-month periods —the data was collected from 2001 to 2002 and again from 2012 to 2013. The researchers conducted in-person interviews with over 43,000 participants, according to the paper published in JAMA Psychiatry.

“There are many reasons for increases in the alcohol outcomes examined,” said lead author Bridget F. Grant, Ph.D., chief of the Epidemiology and Biometry Branch at the National Institute on Alcohol Abuse and Alcoholism (NIAA). “One major factor may have been the 2008 recession causing stress leading to drinking as a coping mechanism.”

An increase in heavy alcohol use was noted more so among women, racial minorities, low-income individuals and older people.

“Drinking norms among women have become more permissive over the years and women may be drinking more,” she said. “Also there is an increasing number of women in the workforce and the stress of balancing work and family may have increased stress leading to drinking.”

Female rates saw an 84 percent increase in alcohol disorders, while the rate in black communities nearly doubled at 92.8 percent. However, senior citizens (65 and older) suffered the worst impact with an increase of nearly 107 percent. The increase was less drastic in people aged 45 to 65, at 81.5 percent.

The NIAA-funded study utilized the DSM-IV (Diagnostic and Statistical Manual of Mental Disorders), which was developed by the American Psychiatric Association over 20 years ago and incorporates several factors that determine the severity of an alcohol addiction. Such factors caused by alcohol include negative effects at home, with family, and at a place of employment; the severity of withdrawal symptoms; the inability to quit drinking; and the increased likelihood of injuries. If an individual presents two or more of these factors, they are considered to have an alcohol use disorder.

The paper also tracked high-risk drinking, which is defined as five or more drinks per day for men and four or more drinks for women plus one day that surpasses those maximums at least once a week. The rate for this group increased from… (continue reading)