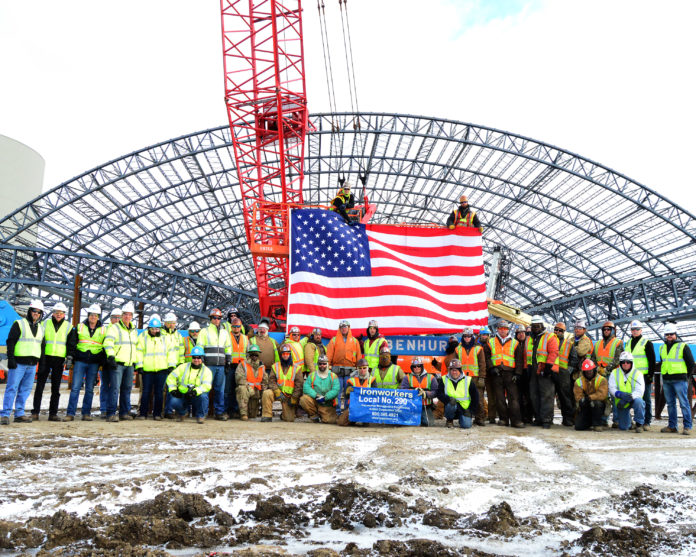 While Ohio struggles to find workers for its factories and other jobs, many applicants are failing drug tests. Not only does this affect the workers and their families, it negatively impacts companies and the economy at large.

For example, the company Columbiana Boiler loses $200,000 worth of orders due to the lack of labor.

Similar stories are common around the country, but no blue-collar worker is more impacted than those in the de-industrialized region of the rust belt.

According to a federal study, prescription opioid abuse costed the American economy $78.5 billion in 2013. This would be a lot more if the study took into account lost productivity.

Not only does drug use effect in the applicants who get hired, it also affects the number of applicants who even apply. When Federal Reserve chairwoman Janet Yellen gave a congressional testimony in July, she linked increased opioid addiction to declining participation in the workforce.

Other economic advisors have said that workers in jobs with low wages may be able to get more secure, better-paying jobs and move into the middle class if it weren’t for drugs.

Many of these blue-collar jobs can be dangerous, and the employers worry about the workers operating a forklift or other heavy machinery if they are taking drugs. Furthermore, injuries on the job lead to increased opioid use. Even if the worker transitions from opioids to marijuana for their pain, they will still not be able to get a job that requires a drug test.

With the majority of these jobs requiring drug tests to ensure no one can do drugs and operate the heavy machinery, the vicious cycle continues with a lack of workers who can pass the test.

Some companies, like Warren & Machining in Hubbard, Ohio, have set up apprentice programs to enlarge her pool of workers without skills that the company can train, evaluate, and ensure that they are drug-free.

There are even resources popping up about how to establish a drug-free safety program for Ohio businesses.

While drug overdoses have continued to increase in 2017, one Ohio county topped their 2016 overdose deaths in half the time.

The responses to mitigate this crisis are growing as well. The Charles Koch Foundation just provided four and a half million dollar donation to the establishment of the Drug Enforcement and Policy Center, a drug addiction research center at Ohio State University.

The Link Between Substance Abuse and Music

Lack of belief in free will may undermine addiction treatment

The understated role of drug cocktails in fatal overdoses