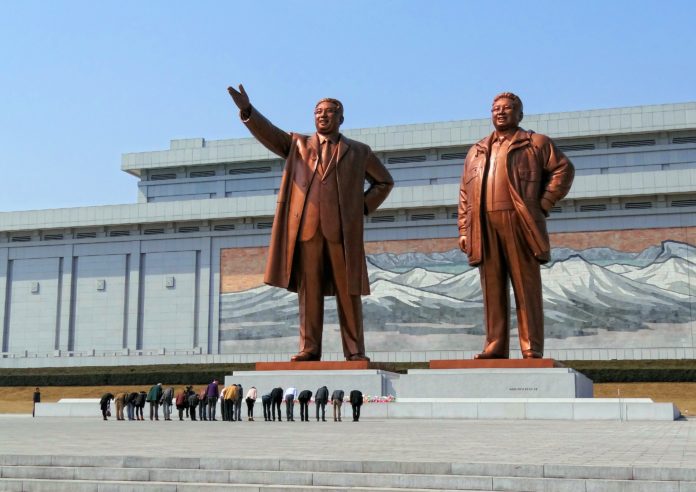 As a part of his anti-Christmas campaign, Kim Jong-un has decided to ban alcohol and singing at social functions.

Christmas has been a contentious holiday since the country’s revolution. Before the North Korean revolution, the region was predominantly Christian. There were even Christian American missionaries in the region spreading their religion. But once the Kim dynasty took over, and the Korean War ended, Christmas was banned along with any form of religious worship. Instead, the country deifies the Kim dynasty.

In its place, Kim, who is the Chairman of the Worker’s Party of Korea and absolute dictator of North Korea, declared December 25th a national holiday to honor his grandmother Kim Jong-suyk. She was the wife of founding leader, his grandfather Kim-Il-sung.

The “Sacred Mother of the Revolution,” as she is regarded, was born on December 24th 1919. Prior to the reframing of Christmas, Kim Jong-suk’s birthday on Christmas Eve was designated Jong-suk’s holiday. It has not been changed, but extended in a likely effort to overshadow Christmas and crack down on the celebration of it.

This Christmas, however, the Supreme Leader went further. He banned gatherings that involve alcohol and singing. According to South Korea’s National Intelligence Service (NIS), the new law has been put in place to stop dissent as the sanctions imposed by the United Nations over the country’s nuclear program begin to take effect.

According to NIS, the North Koreans have “devised a system whereby party organs report people’s economic hardships on a daily basis, and has banned any gatherings related to drinking, singing, and other entertainment.” This is also part of the effort to control outside information.

In 2009, Time reported that there are “underground churches” where religious believers have helped around 20,000 North Koreans defect to China. The regime has targeted all Christians, but especially their leaders, who risk execution.

Still, even after Christmas has been illegal since the 1950s, North Korea’s 70,000 or so Christians find a way to celebrate despite the risk of being detained by authorities. Defectors have also smuggled in Christmas candy, clothes, and other items to celebrate the holiday.

Opioid Sales Have Increased 4% on the Dark Web in the...

Revamping the Drug War in the Philippines