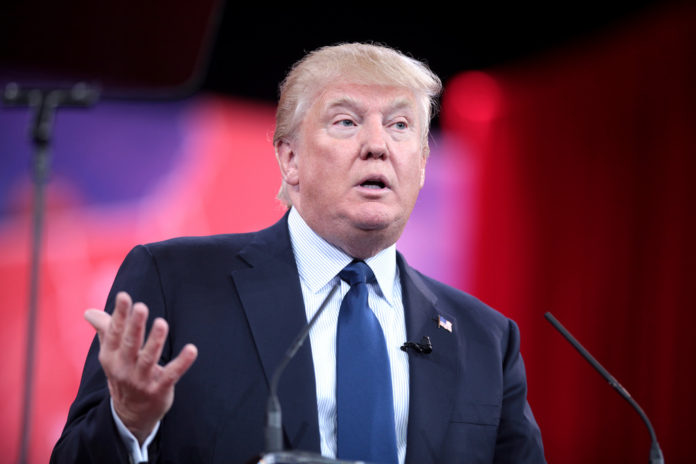 Until recently, the Trump administration had a 24-year-old former Trump campaign staffer serving as Deputy Drug Czar, the second most important position to combat the opioid epidemic in the Office of National Drug Control Policy (ONDCP).

The office coordinates the federal government’s multi-billion dollar anti-drug efforts and the president’s strategy to take on the crisis of rampant addiction to opioids and other drugs.

Taylor Weyeneth graduated from St. John’s University in Queens, New York in May 2016 and though he had very little experience on the matter, had been serving at second-in-command for one of the most pressing issues facing our country.

His only previous experience in politics was working on Trump’s presidential campaign, where he held numerous positions and began working with Rich Dearborn, who became director of the transition team at one point.

According to his LinkedIn account, Weyeneth was hired as an assistant the Department of the Treasury days after the president’s inauguration, in March moved to the ONDCP, and then became deputy chief of staff in July.

The quick promotions are likely not because Weyeneth is experienced or knowledgeable in these matters, it is most likely because the Trump administration has had trouble, or intentionally overlooked, filling vacant positions since day one of Trump’s presidency.

The ONDCP lacks a permanent director, at least seven administration appointees have departed, among them general counsel and acting chief of staff. Some of these responsibilities were assumed by Weyeneth according to a memo obtained by The Washington Post.

An official, who remained anonymous, spoke of Weyeneth’s passion and commitment on solving the issue of opioids and addiction. He is said to be motivated by the death of a relative to heroin overdose.

Matthew Greacen, Weyeneth’s stepfather, pleaded guilty to a felony conspiracy charge last year for the processing of illegal steroids from China. Weyeneth worked at the family company, Nature’s Chemistry, before coming to the White House.

Both he and his mother said they did not know about their husband and stepfather’s activities and were not charged in the probe.


There were also discrepancies on his resume.

The appointment of such a young, under-experienced staffer to a high level position has brought criticism from people who believe the Trump administration has not done enough to tackle the opioid epidemic and provide lasting solutions.

Using the genetics of addiction to improve treatment