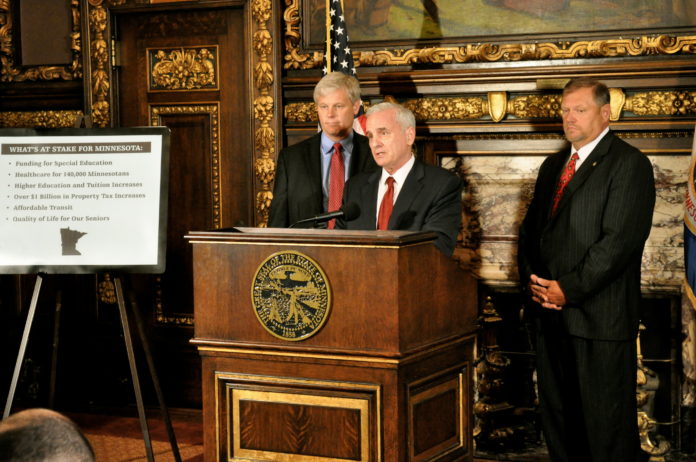 Governor Dayton, a  Democrat, cited rising opioid fatalities as one reason that the bill should be passed.

The state is one of at least 13 that are considering an opioid prescription tax on drug manufacturers in recent years to help pay for the treatment, research, education, and other resources for the opioid epidemic. Although none of these bills have passed, according to the National Conference of State Legislatures, states hope that they will help mitigate the fallout from the opioid crisis.

Dayton’s proposal would put a one-cent tax on drug makers for each milligram per active ingredient found in a prescription pain pill, generating an estimated $20 million each year for prevention, policing, emergency response, and treatment.

He also gave a statement when announcing the policy.

“We must take decisive action in this legislative session to reduce abuses and to ensure that all Minnesotans suffering from these addictions receive the treatment and support they need,” he said.

The effort comes during a growing number of states and countries suing opioid presciption manufacturers to make up the costs of a worsening problem. The United States Centers for Disease Control and Prevention reported in December that the U.S. rate of drug overdose deaths grew 21 percent in 2016 from the prior year.

The Pharmaceutical Research Manufacturers of America said the legislation could divert money spent on research, the development of non-opioid pain medications, and new formulations of medication assisted treatment for addiction recovery.

Governor Dayton’s proposal is part of a larger effort to increase treatment, boost access to overdose medications, and enforce laws. The bill will be debated in the legislative session beginning Tuesday February 20th.

Economic recessions and unemployment: A path toward drug use

Traces of Oxycodone Found in Mussels Off the Coast of Washington

OxyContin sets ‘em up, and the cartels knock ‘em down

Over 1000% Increase in Pennsylvania Newborn Withdrawal