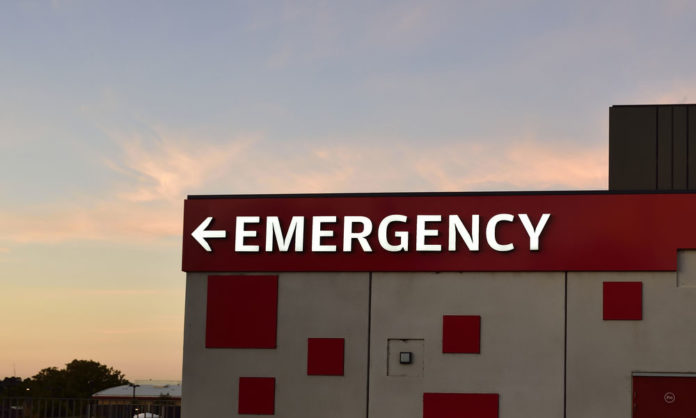 An increasing number of hospitals are starting to offer on-demand addiction treatment to patients who come into emergency rooms with opioid use disorders.

It is currently becoming more common to see emergency rooms provide patients experiencing withdrawal symptoms from the discontinued use of opioids with medication-assisted treatment with either buprenorphine, naltrexone or methadone — the medications that are approved by the U.S. Food and Drug Administration (FDA) to treat opioid use disorders.

A number of accredited healthcare providers and addiction treatment specialists have publicly expressed support for the initiation of medication-assisted treatment in emergency rooms when needed. And the American College of Emergency Physicians — a national medical society that represents more than more than 38,000 emergency medicine physicians, residents, and students — also recommends that emergency rooms provide an alternative to opioids, in the form of medication-assisted treatment, when physicians deem appropriate.

The Annals of Emergency Medicine, the peer-reviewed scientific journal of the American College of Emergency Physicians, notes that medication-assisted treatment, overall, improves long-term outcomes for the patients who need it.

In recent years, research has prompted a number of hospitals — such as the Staten Island University Hospital, Richmond University Medical Center and Highland Hospital in Oakland — to start offering medication-assisted treatment on demand at emergency departments. However, on a national level, the practice still remains remarkably uncommon.

Dr. Brent Boyett, a board-certified addiction medicine specialist and the chief medical officer at the Alabama-based addiction treatment center Pathway Healthcare, said: “When a patient with an opioid use disorder comes into an emergency room and they are not offered medication-assisted therapy, the question should be ‘why not?’”

Boyett emphasized that while patients with opioid use disorders should be provided medication-assisted treatment at emergency rooms, that’s not all that is needed to sustain recovery.

“Detox does not equal addiction cure and recent studies show that’s true,” he said. “Just to take patients into a hospital setting and manage their withdrawals then discharge them without at least offering medication-assisted treatment is the equivalent of taking a diabetic person, getting their blood glucose under control and claiming that their diabetes is cured.”

Controlling the chemical addiction should simply be the first step for professionals who aim to help patients with substance use disorders, Boyett added.

“The take-home message is that when patients come into emergency rooms with an acute exacerbation, either with withdrawals or overdosing, doctors need to recognize that while they are stabilizing the patient in an emergency situation, they also need to be responsible for arranging long-term chronic disease management follow-up just as they do for diabetes, asthma, hypertension, and other chronic diseases.”

The changing role of emergency rooms in the national opioid crisis

Emergency rooms have been notorious elements fueling the opioid epidemic.

Visits to emergency rooms caused by problems associated with opioid use have increased approximately 100 percent throughout the past decade, according to a May study led by the Society for Academic Emergency Medicine.

“I have been working in emergency rooms for years and for years [opioids] have been a problem among patients,” Boyett said. “There are a couple of different presentations: One would be the drug overdose patients — patients who overdosed on opioids or a combination of drugs; then, there are those patients who come in with withdrawals. The latter group would always complain about some kind of physical or somatic pain. There’s a variety of situations but I think it’s important to recognize that probably the most common symptom of an opioid withdrawal is physical pain. Patients that are in withdrawal literally are in physical pain.”

Physical pain management has been one of the primary focuses of U.S. emergency room physicians.

In June, the Annals of Emergency Medicine published an analysis which highlighted that the emergency medicine community has been primarily focused on improving opioid prescribing practices, finding other alternatives to manage patients’ pain, and lowering the number of opioids that are prescribed.

The authors of the analysis, dubbed ‘Identification Management and Transition of Care for Patients with Opioid Use Disorder in the Emergency Department’, noted that there has been an increasing interest in evidence-based methods of identifying and assisting people with opioid use disorders who come into emergency rooms.

Patients who receive medication-assisted treatment in emergency departments are more likely to continue to be involved in addiction treatment after a month and less likely to misuse opioids than the patients who had received only counseling, the analysis emphasized.

Thus, the fact that medication-assisted treatment is still rarely offered in emergency rooms continues to leave a gap in the nation’s opioid addiction treatment efforts.

Boyett — who has also served as the principal clinical investigator in the FDA’s approval for buprenorphine, testifying before its advisory committee and before Congress on the subject — highlighted that stigma is one of the barriers to expanding the use of medication-assisted treatments in emergency settings.

“The biggest challenges are stigma and lack of training from physicians in the emergency staff,” he said. “We say that addiction is a disease. We say it is a chronic disease but it is still difficult for us to remove our personal bias from that and, on many levels, many of us consider the use of drugs, despite adverse consequences, to be a choice. In my mind, to shame a patient over their drug use is like shaming a patient over their blood pressure not being regulated or their renal function not being proper.”