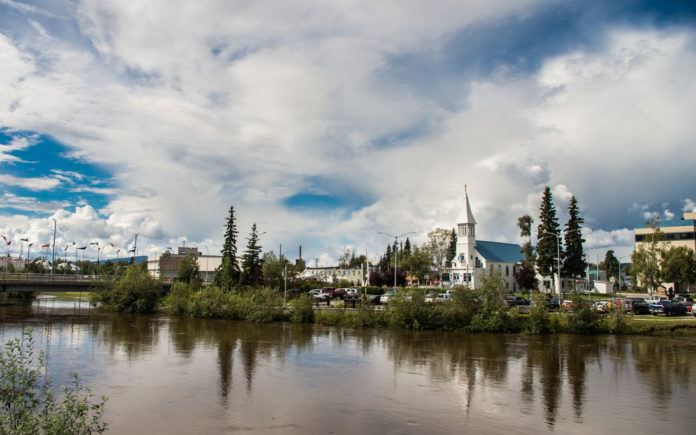 An alcohol addiction program in Fairbanks, Alaska hosted an event this week to donate food and clothing to the homeless people of the Interior Region.

The event was hosted by the Fairbanks Wellness Court (FWC) as a celebration of recovery. There were approximately 30 people who attended the event, a 5-kilometer walk. It was held at the Golden Heart Plaza in Downtown Fairbanks on Sunday.

Those who participated in the community event helped feed and distribute groceries to the homeless. Numerous guest speakers shared stories of alcohol abuse and sobriety with the crowd.

FWC is a jail diversion program that assists felony DUI offenders who are attempting to overcome alcohol addiction. Those who successfully complete the program may have their sentences or fines reduced.

FWC uses a multi-disciplinary team (MDT) method in which everyone involved works together to endorse safety while also assisting the offender. The MDT includes a project coordinator, District Attorney representative, an Alaska’s Alcohol Safety Program probation officer, the prosecution and defense teams, substance abuse treatment providers, and other individuals that have been approved by the judge in the case.

The alcohol addiction program is tailored to adults who have committed an alcohol-related offense or are charged with a DUI in the Fourth Judicial District of the State of Alaska.

The program lasts between 18 and 24 months and offers a four month application window following the offense.

An offender can gain access to the alcohol addiction program through their attorney who would then contact the FWC project coordinator. Defendants have to complete a substance abuse questionnaire to determine eligibility for the alcohol addiction recovery program and have an interview with an FWC probation officer.

Prior to admission, the defendant’s lawyer and a district attorney representative would also need to settle a Criminal Rule 11 Plea Agreement.

When offenders are enlisted in the alcohol addiction program, they are obliged to go to intensive outpatient addiction treatment and alcoholics’ anonymous meetings. They are also required to see an FWC judge to ensure they comply with the terms of their sentencing and undergo consistent drug and alcohol testing.

According to the Alaska Vital Statistics 2016 Annual Report, there were 182 alcohol-related deaths in Alaska in 2016. Since 2007, the average rate of deaths associated with alcohol rose 16 percent.