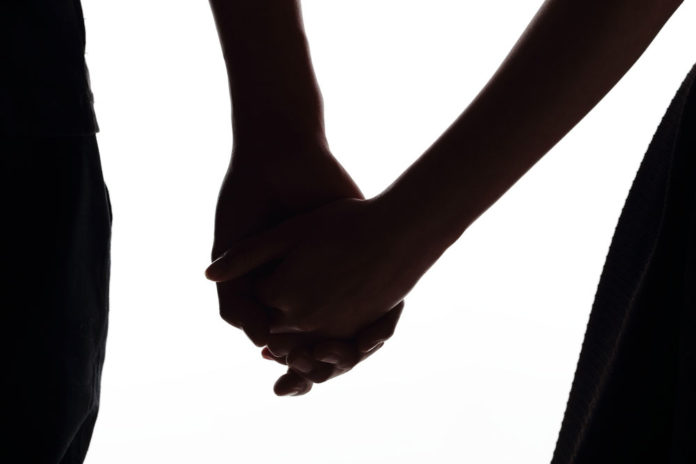 Most professionals in the industry advise against romantic relationships during active addictions and early recovery due to a number of emotional triggers. But recent headlines have prompted the public to pay particular attention to the link between drug addiction and romance.

After rapper Mac Miller passed away from an alleged drug overdose, many fans were quick to blame his ex-girlfriend, singer Ariana Grande. Similar cases where a person who’s in the public eye is blamed for the consequences of a partner’s struggles have been occurring throughout history — to this day, fans resort to social media to accuse singer Courtney Love of leading her ex-husband Kurt Cobain to commit suicide in 1994.

But in such cases, the fault should be solely on the substance use disorder, according to Dr. Romas Buivydas, Ph.D., LMHC, and vice president of clinical development for Spectrum Health Systems, a nonprofit organization that has offered mental health and addiction treatment services across Massachusetts since 1969.

“Almost every behavior can reinforce addictive behaviors because a substance use disorder changes the brain of the user,” he said. “Consequently their cognitive abilities of how they perceive things. As result, the dynamics of their behavior affect the dynamics of a relationship. Long-time Alcoholic Anonymous and Narcotic Anonymous members have long advised for abstinence from relationships.”

Abstaining from romantic relationships is recommended to individuals who are looking to abstain from using toxic substances for several reasons. But Buivydas said that such recommendation is primarily related to the fact that a person’s brain needs to heal from the effects of the drugs used.

Although the overall situation can be toxic and difficult, Buivydas explained that there are some specific issues that tend to be commonly associated with blending romantic relationships and addictions.

“Mixing the two can have some serious long-term consequences,” he said. “Not only can physical and sexual consequences occur, such as the feeling of increased drive due to stimulants. For example, this can certainly change the dynamics of a relationship when the using partner wants more sex, but in time, their drive is diminished from prolonged stimulants use. Other drugs also have their own effects on sexual performance, such as diminished non-sexual intimacy. And harmful behaviors, as the result of addiction to substances, can be in the forms of multiple types of abuse ranging from manipulation and lying to yelling and screaming, to physical attacks. Trust and safety become diminished or non-existent.”

Lack of trust is among the many reasons why substance use disorders have long been linked to troublesome interpersonal relationships.

The topic was explored by a recent study — A Meta-Analysis of Longitudinal Associations between Substance Use and Interpersonal Attachment Security — led by members of the American Psychological Association and published in May in the Psychological Bulletin.

The results of the study also suggested that individuals who have connections marked by insecure attachment might be more vulnerable to substance use.

Another peer-reviewed study, published in August in the Journal of Adolescent Health, aimed to find the link between detrimental relationships and substance use among teenagers.

The researchers also concluded that misusing both prescription drugs and alcohol should be seen as a risk factor for future sexual violence as well as dating violence among teens.

For people of all ages, support and professional addiction treatment should be keywords when relationships prevail through substance use disorders, Buivydas emphasized.

“If a using person is in a relationship, first and foremost the other non-using partner should seek out support or be referred to someone who can provide support and even advice. If needed, support groups and licensed clinicians are out there. For the using person, they should be made aware that without treatment and support for themselves, their relationship will suffer and most likely end badly.”

Yet, assisting a close connection or a partner who is struggling with a substance use disorder can be a lot more complicated than it appears, he stated.

“The recovering person needs understanding and support during early recovery,” he said. “But this can be difficult to provide by the partner because of the behaviors inflicted by the using partner and the harm that was caused. It is very important that the non-using partner seek out support or support groups, or even counseling to help understand and process what they endured, and how to also help the recovering partner maintain their recovery. Sometimes it may be that the non-using partner was also becoming abusive during their partner’s use and now could possibly trigger relapse during early recovery. Here, possible couples counseling may be indicated.” Article Name
The Issue with Romantic Relationships that Prevail Through Addictions
Description
Most professionals in the industry advise against romantic relationships during active addictions and early recovery due to a number of emotional triggers. But recent headlines have prompted the public to pay particular attention to the link between drug addiction and romance.
Author
Livia Areas-Holmblad
Publisher Name
Addiction Now

Alcohol and substance misuse costs US economy more than $440 billion...