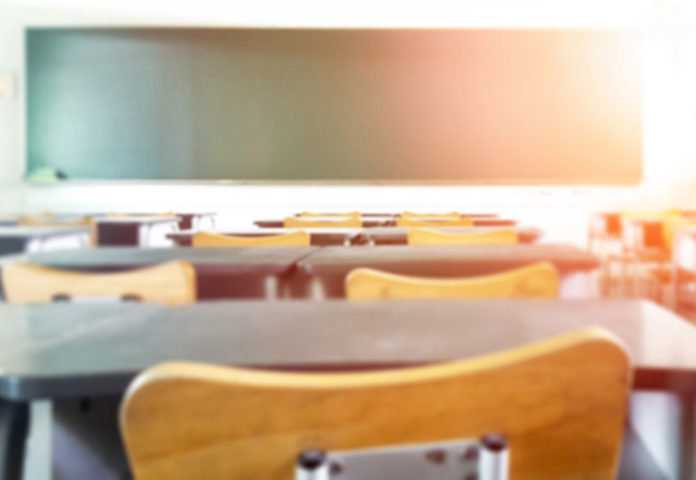 A number of school districts across the U.S. are debating measures regarding student and teacher violations for drug use. In order to make schools safer for adolescents, some officials have suggested administering drug tests to confirm suspicions of illicit drug use on campuses.

These discussions are becoming more prominent with the growing national opioid epidemic and news reports of multiple teaching professionals being suspended or terminated from employment for drug-related offenses.

Last month, a 4th-grade teacher was arrested for possession of narcotics in Nevada. In August, a former Utah teacher had her parole revoked due to suspicions of meth possession.

Another case involved a Florida teacher who had his teaching certificate rescinded for a year after he was caught using prescription drugs he had stolen from another teacher over the 2016 – 2017 school year.

The University of Michigan’s most recent national Monitoring the Future survey noted that illicit drug use increased among the 45,000 surveyed eighth-, 10th- and 12th-grade students from 380 national public and private schools. In addition to high rates of marijuana use among all three grade levels, inhalant use increased among eighth graders in 2017.

Last year also marked the first year high school seniors were surveyed on vaping use. While many students reportedly believe that illicit drug use can lead to harm, a portion of them do not perceive a great risk from experimenting with a drug once of twice.

Adults between the ages of 19 and 55 also exhibited varied drug abuse trends. Illicit drug use appears to have steadily increased among all surveyed adults since the 1990s. Cocaine use among adults overall tended to rise following high school, but has fluctuated over the years by age demographic.

While many schools have implemented drug testing of students, many professionals have challenged its efficacy.

A study published in Addiction, the official journal of the Society for the Study of Addiction, explored numerous factors and perceptions that affect random student drug testing programs offered by schools. While the researchers stated that literature on the topic does not confirm or refute the effectiveness of such programs, they noted criticisms toward the practice — including privacy rights, negative perception of schools and cost prohibitions.

The notion of student drug testing has been contested in court for decades. The Safe and Drug-Free Schools and Communities Act of 1994 included provisions to fund and develop programming focused around K-12 health curriculum, early intervention and rehabilitation referrals and other areas.

The following year, a U.S. Supreme Court ruling declared that student athletes must undergo required drug testing prior to participating in extracurricular sports activities and through the season.

In 2002, a deciding case was presented to the Supreme Court regarding the constitutionality of student drug testing as it relates to the Fourth Amendment. The amendment protects against unwarranted personal searches without probable cause. Parents of two students who attended Tecumseh High School in Oklahoma filed a lawsuit against the school district’s drug testing policy for middle and high school athletes.

The court ruled in the favor of the school board — in the interest of its drug prevention and intervention efforts — and expanded allowances for public schools to conduct random drug screenings of middle and high school students participating in competitive extracurricular activities.

While the ruling allows school districts to conduct such tests on a federal level, schools that wish to implement similar measures must also abide by individual state and city laws.

However, the Supreme Court ruling does not affect private schools.

In 2016, an association of more than 70 private schools filed a similar lawsuit against the District of Columbia. This time the case focused on the Fourth Amendment rights of teachers. Staff members at multiple schools raised concerns that the district was changing its random drug testing requirements to include employees. If schools did not comply, they were at risk of losing their licenses granted by the Office of the State Superintendent of Education (OSSE). According to the American Civil Liberties Union of the District of Columbia, the District Court ruled in favor of the defendant and concluded that the OSSE’s requirements were unwarranted.

Schools across the nation do not have a uniform approach to drug testing employees. Regulations usually differ depending on the job description or drug tests may only be required during initial employment screenings.

For example, the California Commission of Teacher Credentialing includes sections regarding hiring and dismissals from employment. If an applicant is found to have a criminal history, including a conviction for controlled substances, school district officials may remove the candidate from employment consideration. In addition, current employees can be dismissed if alcohol or drug use is found to affect the instruction or safety of children.

Similarly, the Tennessee State Board of Education states that school administrators or teachers may have their licenses revoked upon conviction of a drug felony.

While felony drug offences may bar employees from education-based employment in some states, prior misdemeanors may not disqualify a job candidate — certification and hiring may be up to the discretion of school district officials on a case-by-case basis.

In Oklahoma, a school district employee was recently charged with a drug-related felony. However, when he was hired by the school district, his initial background check revealed no offenses that would preclude his employment. According to the Oklahoma State Department of Education, a felony for drug use or possession within the past 10 years would prevent an individual from receiving a teaching certificate or being employed by a school district.

Members of the Skagway School Board in Alaska convened in August to discuss sexual harassment and drug use policies in the district. While many people in attendance were not opposed to the idea of drug testing for students, some felt that drug testing for teachers was unnecessary. Officials also discussed ways to approach drug intervention and alternative disciplinary actions for drug abuse, other than temporary bans from extracurricular activities, school suspension or expulsion. Article Name
Schools Review Drug Use Policies for Students and Teachers
Description
A number of school districts across the U.S. are debating measures regarding student and teacher violations for drug use.
Author
Sean Woodard
Publisher Name
Addiction Now