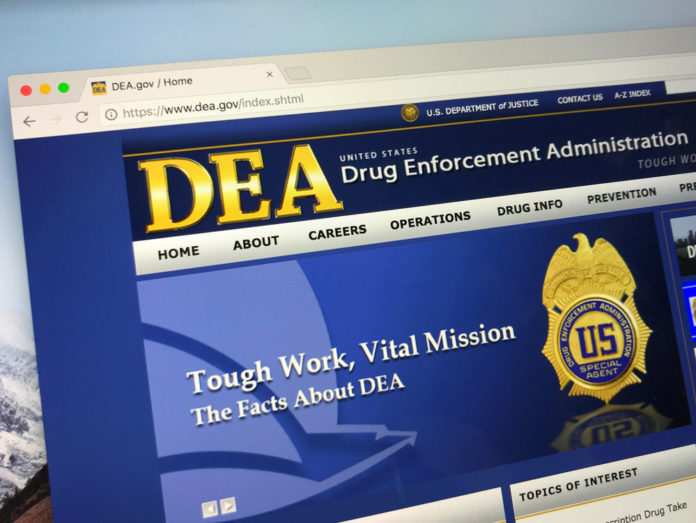 The Drug Enforcement Administration (DEA) has recently released an unclassified intelligence report that serves as an updated version of a publication named ‘Drug Slang Code Words,’ issued by the agency in May 2017.

In addition to listing slang terms and code words for drugs, the report includes new informational material that has been gathered from a number of different sources in the law enforcement field and supplementary open sources.

The publication was designed to be a complete reference for law enforcement officers and members of other organizations who have the tendency to come in contact with slang terms or code words that are used to describe or identify different controlled and illicit substances as well as synthetic and/or designer drugs.

The slang terms and code words are alphabetically listed in the report and the information that has been added this year can be seen italicized. In addition, the document identifies the substances and different drug categories not only in English but also in the applicable language derivations.

Furthermore, the DEA includes words and expressions that are currently used to describe locations, weapons, measurements and other varied terms that are pertinent to the drug trade scene in the country.

The ‘locations’ category of the report is mostly comprised of slangs for places and regions in South and Central America. A few of the major U.S. cities and states are also included.

Some of the terms found under the ‘measurements’ category are commonly used quantifiers or numerals but there are also various different slangs used to describe drug amounts, such as ‘pencil,’ ‘notebook’ and ‘short.’

Essentially every item included in the ‘weapons’ category is followed by an expression in Spanish. The only exception is ‘straps,’ which follows the word ‘firearms.’

A number of expressions in Spanish can also be found under the ‘miscellaneous’ category. The exceptions are the expression ‘party time,’ which is apparently used to represent that ‘work is coming,’ and ‘blew up a bag,’ used to describe a heroin overdose.

This year’s ‘Drug Slang Code Words’ report also features several slangs and terms used to describe cannabis strains and varieties, such as marijuana combined with other substances. For example, the DEA recognizes ‘blue dream,’ a Sativa-dominant marijuana hybrid, for the first time this year.

Throughout the entire report, there are more than 400 terms used to describe marijuana and marijuana mixed with other substances.

The terminology of the report prompted a number of different responses and critique. Some critics quickly commented on the fact that some of the expressions do not appear to be as popular as the federal agency makes them seem, at least among the younger generations. ‘Devil’s lettuce,’ for instance, as a code for marijuana, looks like wouldn’t be very popular among millennials — the least religious generation yet, according to surveys.

Seemingly equally unusual, or outdated, would be for younger generations to refer to marijuana by using names of early 20th century figures like Alice B. Toklas. But that’s also suggested in the report.

Others pointed out that countless expressions and slangs included in the report are most certainly not singularly used to describe drug abuse or related situations. For example, the report states that the word ‘Arizona’ and the word ‘shoes’ are used to connote marijuana, while ‘cheese,’ ‘coffee’ and ‘chocolate’ are all used in place of heroin. Concurrently, other words that are considerably well-known as terms used to describe some of the drugs, such as ‘blunts’ or ‘gas,’ were not included in the document.

A number of terms that have been previously used by members of the DEA, such as ‘n-bomb,’ also did not make into the report.

Other public observations have been made regarding select words that are deemed by the report to be slangs but in theory are not — according to the report, ‘MMJ’ is a slang that means marijuana rather than an abbreviation for medical marijuana.

A possible reason for such inclusions is the fact that, according to the DEA, the recent document is supposed to attempt to be as all-encompassing as possible.

The authors of the 124-page report have highlighted that the goal of the document is to convey the terminology that surrounds substance abuse and drug trade situations to the furthest extent.

The authors also emphasized that extensive efforts have been made to ensure the precision and inclusiveness of the information that has been presented.

However, they stated, successive additions, removals, and adjustments are to be expected due to the evolving dynamics of the substance trade scene. Meth-based drug ‘yaba’ spreads from Southeast Asia into the rest of...