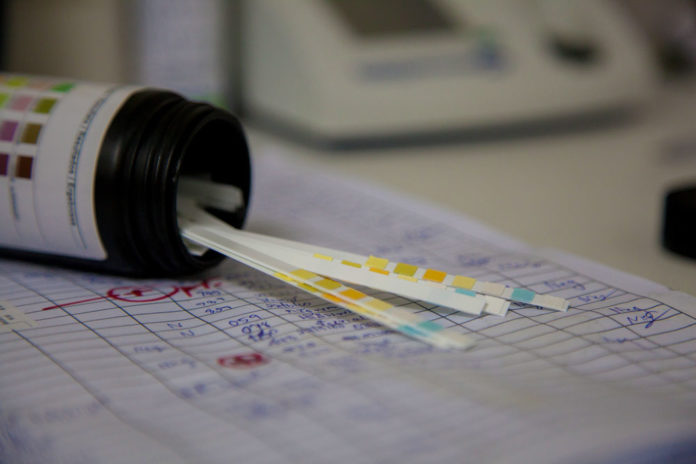 The Occupational Safety and Health Association (OSHA) passed a set of revisions that may affect employees across the U.S. The provisions specifically address drug testing, workplace injuries, whistleblowing and employment termination protections.

OSHA was established by Congress following the Occupational and Safety Health Act of 1970. As a subsidiary of the U.S. Department of Labor, the association regulates working conditions and investigates claims of work-related employee injury across the country.

The association released a memorandum this month to clarify a final rule that was established in 2016.

According to the Federal Register, the official journal of the federal government, a final rule is issued in order to update the Code of Federal Regulations by finalizing a proposed rule or taking final action on an issue if good cause is deemed applicable.

One portion specifically deals with post-accident drug testing. The 2016 final rule states that an employee cannot be fired for reasons of attempting to report or reporting an injury. An adverse action could be investigated and result in legal action against the employer.

While drug testing an employee is not prohibited, the rule declared that doing so post-accident cannot be done without a reasonable objective basis — for example, to determine if alcohol or drugs were related to the cause of the incident.

In addition, certain sections protect employees in cases where injuries could not possibly have been caused by drug or alcohol use and instances where employers utilizing drug tests in order to reprimand employees, despite having a reason to request a drug test.

Another section details how workplaces are not prohibited from offering incentives for workers who comply with safety measures.

However, the October 11, 2018 memorandum clarifications may affect some of those worker protections. Since the memo was published, multiple people, including former OSHA Deputy Assistant Secretary of Labor Jordan Barab, have criticized the announcement.

Barab, who maintains a blog that covers OSHA and other workplace policy updates, wrote that while the language of the rule largely remains the same, the manner in which the policies are enforced may have been weakened.

The recent memo contains examples where drug testing is permissible, including for random drug testing, in instances unrelated to an injury and those that may have been the root cause of an accident or injury. The memo also clarifies its position for not prohibiting workplace incentive program focused on safe workplace protocol compliance.

However, some people who have voiced opposition argue that by approaching incentives as an extension of work safety protocols, employers may be able to avoid retaliation in the event of an employee being reprimanded for whistleblowing or reporting an injury.

In addition to the recent controversy, two separate lawsuits were filed against OSHA for not disclosing injury logs on its website, per the 2016 electronic recordkeeping rule. Two days prior to the memo being sent out, the U.S. District Court of Appeals for the Eleventh Circuit ruled that in one case OSHA did not have probable cause to expand an investigation of a company’s injury reports to determine if employer violations had occurred.

According to the Substance Abuse and Mental Health Services Administration (SAMHSA), federal governances regarding drug testing can be divided up into laws that address workplace drug use and those which protect employees’ civil liberties.

In 1986, former President Ronald Reagan enacted an executive order that declared drug use by federal employees illegal. Following the order, Congress approved the Drug-Free Workplace Act of 1988, which was mainly geared toward addressing substance abuse in the U.S. military but also laid the groundwork for drug testing in the workplace. The act allowed employers to develop penalties for drug use or require them to participate in a rehabilitation program. In addition, the Anti-Drug Abuse Act of 1988 effectively established the Office of National Drug Control Policy.

Section 12114 of American Disabilities Act (ADA) also addressed substance abuse and drug testing in the workplace. Some protections cover employees with disabilities who are going through or have completed a drug rehabilitation program. In addition, prospective employees are not required to disclose proper prescription drug use. The ADA includes a list of questions that employers are not allowed to ask in job interviews to determine an applicant’s eligibility. However, the ADA does not cover individuals who are currently engaged in illegal substance use and employers are legally able to not hire or discharge an individual who tests positive for drug use.

One study, conducted by U.S. and Australian researchers in 2014, examined Bureau of Labor Statistics data regarding the implementation of employee assistance programs (EAP) in the workplace during 1988. Out of the 1,405 establishments included in the study, those that had anti-drug or EAP programs in place tended to see decreases in injuries that caused employees to miss work. Drug testing was also found to have reduced the rate of minor work-related injuries that did not result in employees requiring time off.

A researcher from the previous study co-led another study that examined the efficacy of the railroad industry’s adoption of the U.S. Navy’s ‘Personal Responsibility and Values: Education and Training’ course (PREVENT). The course included modules on drug and alcohol abuse prevention. Compared to a control group, those in the PREVENT course showed consumed 60 percent less alcohol.

The Bureau of Labor Statistics reported that 217 American workers overdosed on illicit substances while at work in 2016, representing a 32 percent increase from the previous year. The National Safety Council also noted that while approximately 70 percent of surveyed U.S. companies were affected by prescription misuse, only 24 percent of them offered prescription drug use training programs. In addition, only 57 percent of companies drug tested employees, while 41 percent tested for synthetic opioids.

Some companies have also been partnering with local healthcare providers. One called Belden, Inc. — a global company that specializes in signal transmission products — offers an addiction treatment program called ‘Pathways to Employment’ at its Richmond, Indiana location. The program helps connect job applicants or current employees to addiction treatment resources. For example, Belden officials promise applicants who fail a preliminary drug test a position in the company if they successfully complete a drug rehabilitation program. Current employees who develop substance use disorders may also keep their jobs if they go through rehab. The company’s efforts were recently acknowledged by the U.S. Surgeon General. Opioid crisis cuts down life expectancy in the US by 2.5...