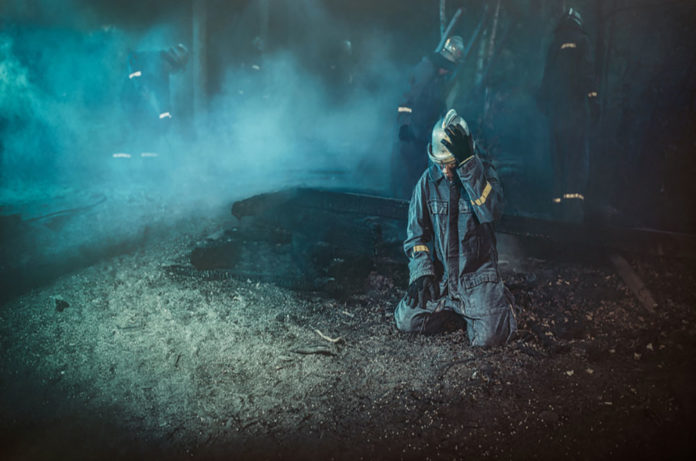 A Dallas firefighter committed suicide over a year ago following a disciplinary hearing for an alcohol abuse incident.

Excessive drinking lead to a fight between an off-duty firefighter and a retired correctional officer in Staten Island that led to the both of them getting arrested.

Police officers, firefighters and emergency medical services (EMS) workers deal with the pressures of their careers on a daily basis and it often leads to alcohol abuse and behavioral health issues.

A 2013 study conducted by the National Registry of Emergency Medical Technicians analyzed the levels of depression and post-traumatic stress syndrome (PTSD) in EMS workers. It concluded that approximately 7 percent of EMS employees suffered from depression.

A key divide in this topic is the stigma that is associated with behavioral health issues. In 2016, the National Survey on EMS Mental Health Services was taken on 2,220 EMS workers. The survey, sponsored by the Journal of Emergency Medical Services (JEMS), revealed that 52 percent of EMS workers felt comfortable talking about mental health issues with their colleagues.

The JEMS survey also found that 34 percent of EMS employees stated they were allowed to receive mental health services while on the job and 35 percent reported that they had been denied services while on duty.

Another 76 percent stated that they felt that their agency did not measure the effectiveness of mental health services.

An analysis of firefighters substance abuse and behavioral health problems, published by Substance Abuse and Mental Health Services Administration (SAMHSA), revealed that they experience stigma and an inability to pay for substance abuse and behavioral health treatment services. That, coupled with the exposure to long work hours and the unorganized sleep schedule can hinder a firefighter’s psyche.

“Part of the problem is the stigma with saying ‘I have a problem’,” said David Coatney, the chief of the Dallas Fire-Rescue Department. “A lot of people won’t come forward because of the culture that exists on first responders. It can affect your promotions, ability to stay on the job and perceptions of fellow firefighters and EMTs need to change. That culture needs to change.”

The SAMHSA analysis determined that long time firefighters stated higher levels of alcohol use and PTSD than volunteers, who reported greater levels of suicide thoughts coupled with depression.

“We have two of our own members who both suffered some PTSD issues in the past who come and go in and talk to our cadets,” Coatney said. “They talk about their challenges and what caused their PTSD.”

About 50 percent of male firefighters in the SAMHSA analysis reported heavy alcohol abuse, including binge drinking, in the past month. Approximately 9 percent of firemen indicated driving while intoxicated.

Women account for 5.1 percent of firefighters in the U.S. A survey of women working in the fire stations were analyzed in a 2012 study conducted by BMC Women’s Health showed that about 89 percent of career female firefighters had reported drinking alcohol over the last 30 days. About 61 percent of women on the fire squad had attested to binge drinking in the past month while approximately 22 percent admitted to consuming three or more drinks over the last 30 days. The report stated that about 11 percent of female firefighters admitted to driving when they had been drunk.

The Department of Psychology at Florida State University surveyed 1,027 current and retired firefighters and determined that approximately 47 percent of firefighters had contemplated suicide while about 19 percent had planned on committing suicide. The study showed that 15.5 percent had attempted to kill themselves.

The foundation is currently in the process of developing an app that allows firefighters to have access to help. It also is opening avenues for its employees to come forward with any issue related to substance abuse they may have.

The Dallas-Fire Rescue is one of many fire stations in the U.S. that has established its own addiction treatment program to help firefighters with substance use disorders and behavioral health issues.

Michael Resultay, a policeman for the Phoenix Police Department, detailed the consequences of drug and alcohol abuse in law enforcement.

“A former sergeant with the [California Highway Patrol] had an alcoholism addiction that eventually lead to his death,” said Resultay. “With him, it was the pressure from his job which led not only to a marital breakdown but separation from his teenage children.”

A study published in the U.S. National Library of Medicine National Institutes of Health found that out of the 712 people who participated, about 11 percent of male officers and 15 percent of female officers averaged 35 drinks a week.

Resultay highlighted that the sergeant had reported to work impaired often and would not do his required job.

“After that, the addiction became even worse,” he added. “He was traveling from California to Iowa to see his firstborn grandchild. While traveling through Kansas, he was killed in a single vehicle rollover. Alcohol was the nature of that accident.”

The studies also compared stress levels on the job and determined that female police officers were not as likely to drink under pressure as male officers.

“Police Officers in America often deal with the stresses at work and can sometimes see too much bringing it home and affecting their loved ones,” Resultay said. “This includes drinking and sometimes abusing drugs. There is free psychological help and peer support groups for law enforcement. By getting a form of help or talking to someone, officers can get their life back on track back on track which can save their lives.” Article Name
The Effects and Growth of Alcohol Abuse on First Responders
Description
Ten California firefighters were brought back to work this month after being fired for alcohol abuse while on the job. Those men were among a large group of cadets who were also fired for alleged alcohol use while on the clock.
Author
Robert B Hayek
Publisher Name
Addiction Now