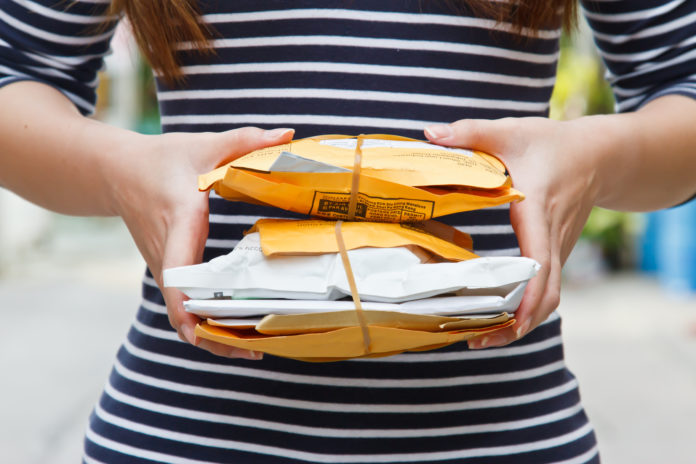 From sending letters as your sole method of communication, to getting your groceries delivered right to your door, the way we use mail is always changing. Yet, throughout its years of evolution, it has remained consistent in its reflection of us, of our changing society and its values

Regrettably, part of that reflection has always been of a darker side of humanity, including the use of mail to illegally buy and sell drugs.

The act of mailing drugs has become so commonplace that even postal workers can get involved. Many take advantage of the system simply by pocketing suspicious packages which they believe to hold drugs.

In Columbus, Ohio, one Ricky L. Germany attempted to use his position as a postal carrier to gain free access to narcotics. He was arrested on Nov. 17 for allegedly stealing narcotics from the U.S. Postal System (USPS).

In such cases of abuse of the U.S. postal service, the Office of Inspector General (OIG) and the United States Postal Inspection Service (USPIS) are instrumental in apprehending perpetrators like Ricky Germany.

The OIG is regularly called on to investigate and respond to allegations of drug trafficking. In the year 2017 alone, OIG special agents conducted 183 narcotics investigations, which resulted in 115 arrests.

Similarly, the USPIS serves as the law enforcement arm of the U.S. postal service, and has the ability to make arrests, serve warrants and subpoenas, and carry firearms like other law enforcement officers.

They also collaborate with other agencies by passing along tips and preparing cases for local police, U.S. Customs and Border Protection (CBP), and U.S. Immigration and Customs Enforcement (ICE).

Countermeasures like the OIG and USPIS are important in order to seize contraband before they are shipped and used with dire, sometimes fatal consequences.

Just last month, two teens in Wiscasset, Maine overdosed on drugs that they received in the mail. The package included a mix of different substances, many of which were illegal.

Prison inmates also receive drugs in the mail. By receiving drugs in the form of “letters” which have been soaked in a diluted drug solution, they can avoid detection, said Wisconsin Attorney General Brad Schimel.

The problem with receiving drugs in the mail is that it is even more risky in some ways than buying drugs face-to-face. Dealers remain anonymous, meaning they can send anything, claim it is a certain substance, and pocket the buyer’s money before they even know the difference.

“You don’t know, actually, what you’re consuming, what you’re putting into your body, and I think that’s where the problem lies,” said Chief Larry Hesseltine in an interview with WGME.

For potent substances like opioids, a “lethal dose can be smaller than a grain of rice,” said WSAW, making it crucial that investigators find these addictive substances before they can do harm.

Unfortunately, drugs sent in the mail are also harder to detect.

Senders have a various strategies they can use to escape the notice of investigators. For example, they can put aromatic substances like dryer sheets inside their parcels to keep narcotics dogs from detecting their hidden contents.

Furthermore, they are harder to trace back to their senders. In many cases drug traffickers write down incomplete addresses and omit their phone numbers. Such measures, however, also make the package appear more conspicuous and thus make them more likely to be flagged by law enforcement.

Fourth amendment rights also pose a problem for postal investigators. While private companies like UPS or FedEx reserve the right to open any package they receive, the USPS requires a warrant and probable cause before they can open any suspicious packages.

In addition, even if the USPS wanted to search a package for illegal substances, postal inspectors are not always available. In Wausau, Wis., the closest postal investigator is nearly 2 hours away

While Wisconsin Attorney General Brad Schmiel believes that illegal substances are shipped daily, only a few cases are handled each year.

“We don’t know how much we’re missing,” Schimel said.

However, in light of these obstacles, there are also ways the USPS has fought back against the drug epidemic.

On Oct. 24, President Trump signed the Synthetics Trafficking and Overdose Prevention (STOP) act into law, which

In short, it gave the USPS the power to inspect any foreign mail sent through its system.

Investigators themselves have also become more adept at recognizing patterns in the distribution of drugs, and anticipating where and when the next shipment of narcotics will appear.

“Establishing patterns — where a package comes from and where it goes — have proven effective in halting the flow of drugs through the postal service,” said John Rooney, a postal inspector of 30 years, in an interview with GoDanRiver.com.

Packages can even be used to catch criminals through a technique known as “controlled delivery.” In this strategy, a police officer will dress up as a mail carrier, drop off the package with the illegal substances, and then monitor the situation from nearby. If the suspect receives the package and accepts the drugs, the police can then move in to apprehend the suspect.

Lastly, there is no stronger deterrent than the threat of what will happen if one is caught using the postal service for illegal activity.

Since the postal service is a federal entity, any perpetrator who is caught receiving or delivering drugs by mail will face felony charges. Depending on the type of substance, the amount of substance found, and other factors such as whether this is the defendant’s first offence or not, guilty parties may even be given life sentences.

While there will always be those who seek to take advantage of the USPS, an institution which has existed since even before the creation of the United States of America, US postal workers and policy makers continue to work against drug traffickers in order to ensure the safety of their workers and those who rely on their services.

Addiction Treatment Centers in Astoria Shut Down Amid Opioid Crisis